Mug of the Month: Twit twoo 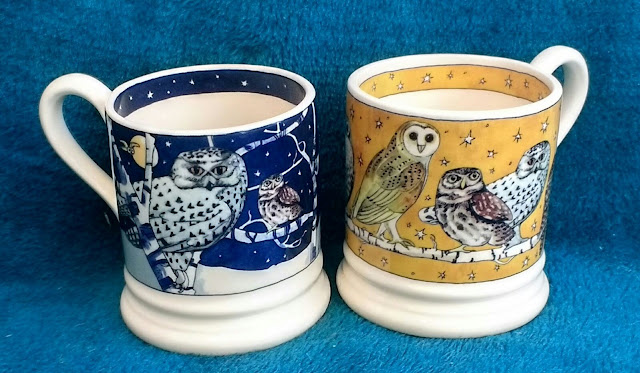 Are you feeling the January blues? I sure am. As the Christmas decorations get taken down, so does my mood in this miserable month. But these two owl mugs from Emma Bridgewater perk up my tea time. I like the yellow one for my English breakfast tea, while the moody blue mug suits my afternoon coffee. And these beautifully intricate designs even come with matching plates for my slabs of buttered toast. 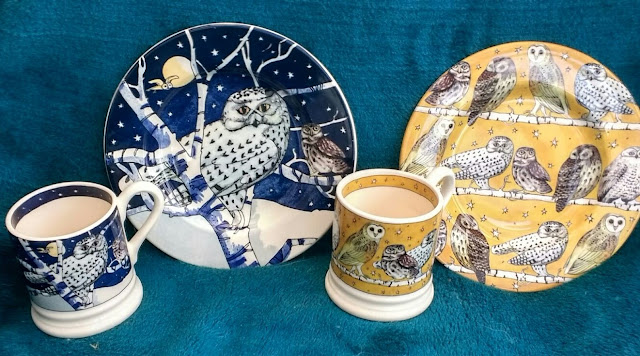 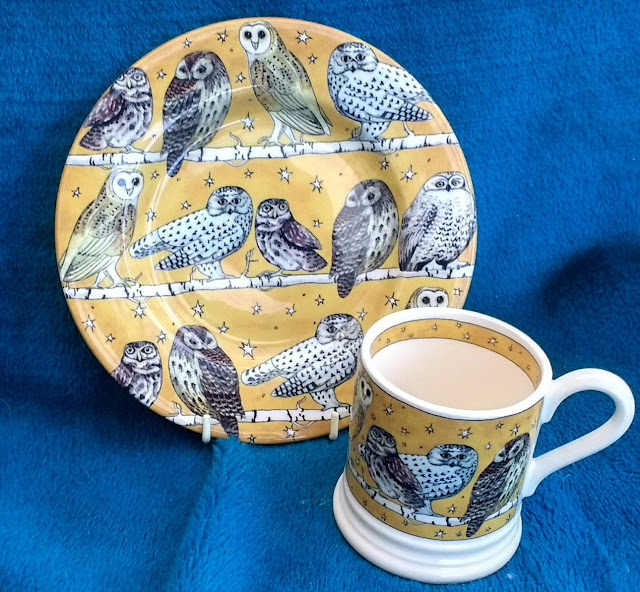 Any recommendations for Mug of the Month - don't hesitate to get in touch. Drop me a hoot via Twitter @cl_baldwin 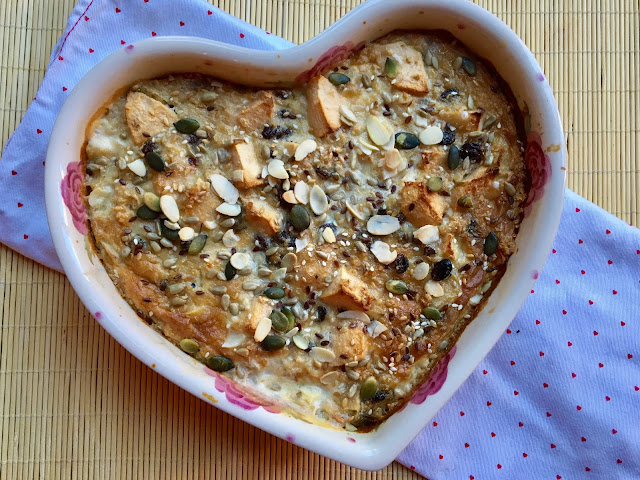 I don't know about you, but I seem to accumulate mulling spices by the bucket load at Christmas.

Every year I receive a new pack of teabags to infuse a cheap bottle of red wine or a spiced sugar to add to a plain bottle of cider, both in the aim to create festive mulled drinks for people who can't be bothered to buy a cinnamon stick, an orange and some cloves. The thing is, I never use up the previous year's supply of milling agents before receiving another. And I end up opening the pantry cupboard in June only to be attacked by tumbling Christmas spices as I rummage around for a tin of beans.

Now Christmas has come and gone and the new year is upon us, I really can't face any more mulled beverages, but I wanted to use up my surplus spices to make sure they don't live in the back of the cupboard for another year. One frosty winter's morning I fancied baked porridge as an indulgent weekend breakfast (it really is like morning rice pudding!) As I reached in my spice rack for the cinnamon, I stopped and remembered about my mountains of ready-mixed seasonal spices. 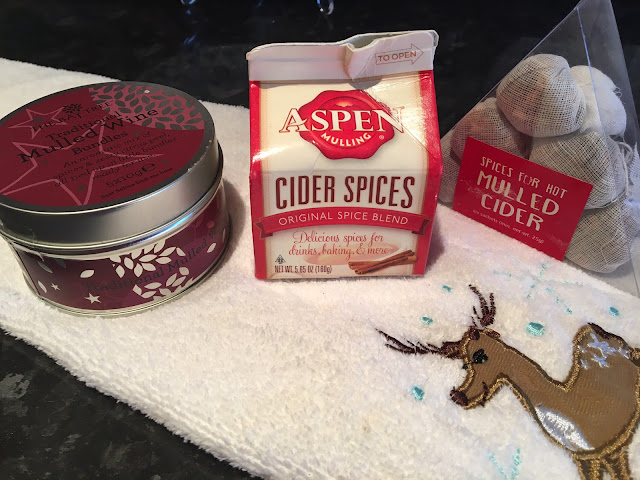 Take 100g of rolled porridge oats and pop into a baking dish, add 400ml of milk and 100ml of double cream (omit the cream and use a total of 465ml milk if you're on a January diet).

Stir in 2-3 tbsp of mulling spices with a tsp of vanilla essence or the seeds from one vanilla pod.

If you're using the teabag variety of spice, before adding the milk to the porridge oats, gently infuse the spices in the liquid over the stove for around five minutes, taking care not to burn the milk.

I also added a chopped apple and pear, as well as some sultanas I soaked in Earl Grey tea while I was preparing the above. But the beauty of porridge is you can use a variety of ingredients to keep it seasonal and make it your own - see my recipes for overnight oats. 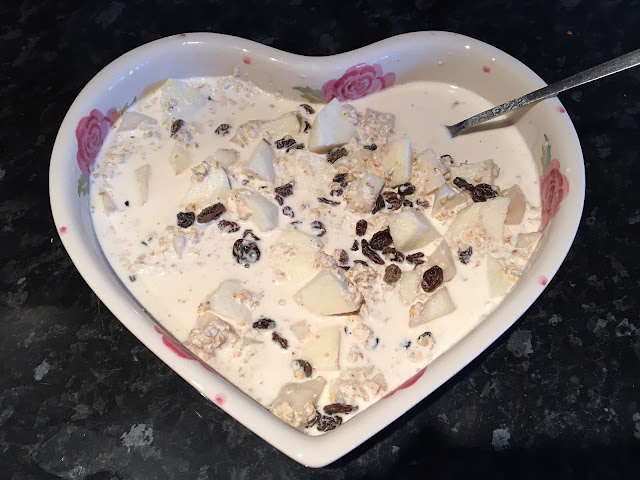 Bake at 180 degrees celsius for around 25 minutes, then remove to check the porridge is turning a nice golden colour - you can add a splash of milk if you think it looks a little dry and it will sink into the porridge during the remaining cooking time. Before returning to the oven, scatter over a handful of nuts and seeds, and if you're being naughty a little brown sugar to help colour the dish and bake for another ten minutes.

When bubbling and golden, remove and enjoy with a steaming mug of tea. 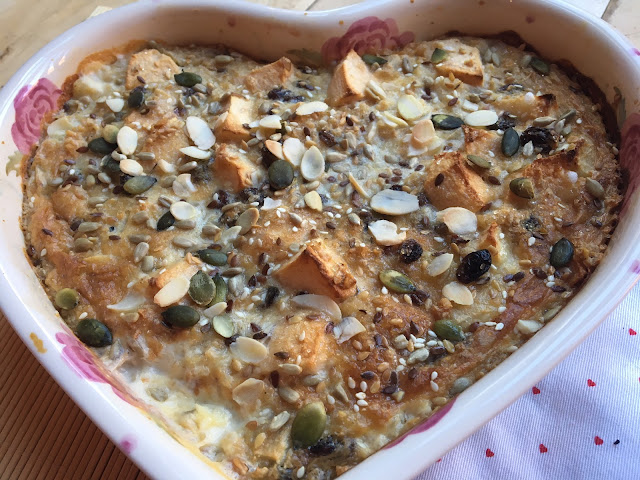 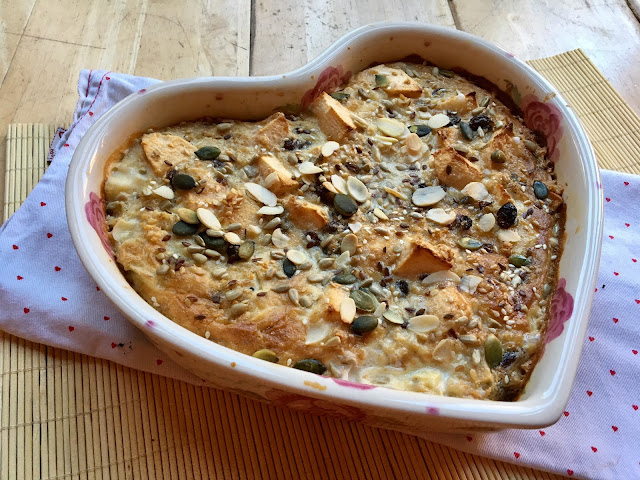