There's nothing more I enjoy doing on a weekend morning than taking a couple of food magazines and a steaming mug of tea back into bed for a lazy inspirational hour under my duvet.

But as a self-confessed foodie and magazine journalist the mags began to take over my little London flat. I used to look at the hundreds of food magazines stacked high in the living room and littering my bedroom floor wondering how I would actually make it to my bed. So a year ago I decided to put a stop to the madness and have a clear out. While it pained me to throw out my back issues of Delicious, Olive and Jamie Magazine, I felt so much better when I was one step closer to a minimalist lifestyle (ha!). 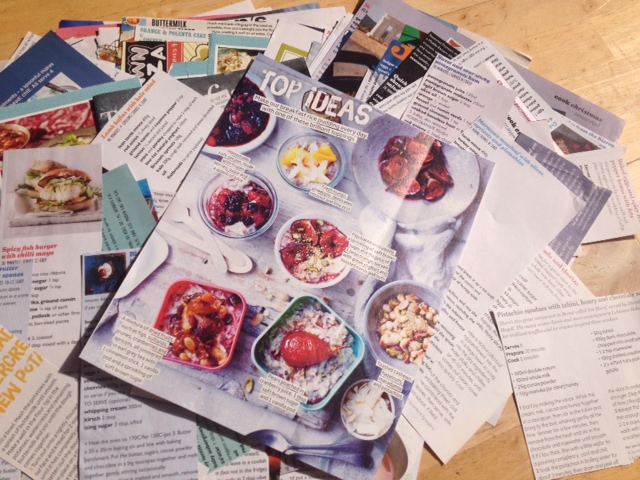 But before I tossed piles of magazines into the recycling, I spent a weekend flicking through and tearing out recipes that caught my eye and pasting them into a scrapbook for future use. I do this every couple of months, and it was on a recent cull that I spotted this new breakfast recipe in Jamie Magazine - breakfast rice pudding. Of course I had to give it a go...

After a quick Google you can see breakfast rice pudding on a multitude of health food blogs. Many praise it because there is no added fat and brown rice is considered a wholegrain - extra health points if you use almond milk like I did!

Similarly to when you're trying to get the right consistency with porridge or overnight oats, I think my first attempt at breakfast rice pudding came out a little too thin, but it still worked well as a breakfast dish topped with fruit, seeds and nuts.

My verdict? It definitely still has the taste and texture of rice which takes a little getting used to, and I'm not completely sure I'm convinced. Maybe next time I'll food process the entire batch so it doesn't feel quite like rice.

Like overnight oats, you can jazz up the flavour combinations any way you like. The only downside is that it is no where near as simple to make - overnight oats you stir all the ingredients in a bowl and bung in the fridge, breakfast rice you have to cook the rice and then pop into a food processor - a lot of effort during the week. That said, this recipe is a really good way to use up any leftover rice from dinner, and anyone who manages to make exactly the right amount of rice every time they cook a curry is a magician or a liar.

I fancy trying out mango and coconut flavours and give Thai sticky rice pudding a go next time - my traveller friends tell me this is often eaten for breakfast in Thailand.