Mug of the Month: Queen's Coronation 1953

I'm always keeping my eyes peeled for special mugs to feature for my Mug of the Month post, and on a trip back to Wales to visit friends and family, my aunty presented me with this beautiful mug from the Queen's Coronation in 1953. 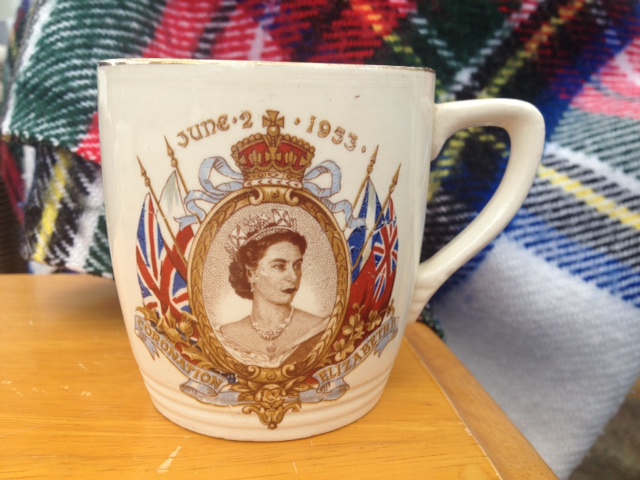 As it's the 62nd anniversary today, I thought it was very appropriate to share with you. Her reign is to be marked with two gun salutes in London later on. The first – a 41-gun-salute – in Green Park and a second an hour later with 62 guns at Gun Wharf near the Tower of London.

If there's ever a reason to raise a glass of Pimms - or a mug of tea - it's probably today. Hurrah!
Email ThisBlogThis!Share to TwitterShare to FacebookShare to Pinterest
Newer Post Older Post Home