Breakfast at the Porridge Cafe, London - last chance to enjoy oats and grains

The Porridge Cafe in east London is the latest in foodie pop ups choosing the capital as its home. Jumping on the breakfast bandwagon after the launch of the Cereal Killer Cafe in December, Shoreditch has been hosting the Porridge Cafe for the last couple of weeks. 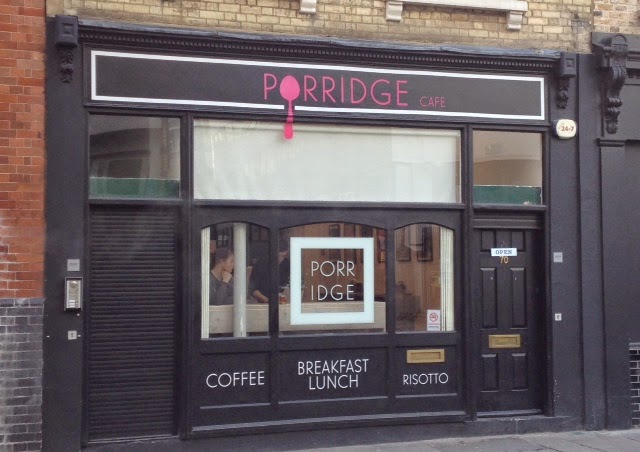 Serving porridge-based breakfasts and risotto-style lunches, the Porridge Cafe has been a pop-up success in the heart of hipster Shoreditch. With a weekly menu online lucky locals (like me!) are able to plan their weekly grain intake.

Takeaway or eat in on the wooden benches, and even though the pots are a bit steep at upwards of £4, I can't fault the really inventive flavour combinations. From polenta for breakfast with pear, fig puree and vanilla, and traditional rolled oats with raspberry peach and almond; to risotto, buckwheat or quinoa for lunch matched with meat, veggies, cheese and herbs - both times I was left wanting more.

I was so excited to have breakfast from @porridge_cafe_london on it's opening day this morning. And its blueberry, ginger and cashew butter porridge didn't disappoint. A tad pricey at £4.50 and no price difference for sit in/takeaway but a substantial size pot filled with goodness to start the week. #porridgecafe #porridge #breakfastatyourdesk #breakfast #breakfastblog #london #eastlondon #londonbreakfast #londonfood #londonfoodie #foodie #foodpic #foodblog #foodblogger
A photo posted by Caroline Baldwin (@breakfastatcarolines) on Mar 2, 2015 at 1:42am PST


But it closes at the weekend (although the cafe told me it hopes to pop-up elsewhere in London soon!), so if you are a fan of oats and grains head over there before March 29.